Richard Metzger was born in Oceanside California in 1983, his father, Lou Metzger, was a non-practicing member of the Church of Jesus Christ and mother, Sandra Gomez, a lapsed Catholic. Being raised by his father in his childhood, until the age of 6 when his father met a his future wife, an Irish Catholic nurse, Rita Finn. His step-mother by the grace of God brought both Richard and his father into the Church. In 1998, his family moved to Magheracloone in Co.Monaghon Ireland, when he was a teenager. During this time, in a spirit of rebellion and arrogance Richard turned his back on the Church and for several years following, decided to have nothing to do with the Church.

Then one day at his home in 2007, there was a knock at the door, when he answered it .. sure enough in front of him was a sharply dressed man asking him if he was interested in a free bible study, he was a Jehovah’s Witness. Being somewhat amused at the notion and with nothing to do, he accepted the invitation and began having weekly home studies with together. It didn’t take long before Richards weak catechesis fell apart before the well prepared JW, for every question and objection he was able to present an answer from their perspective and all of it with the assumed backing of the Scriptures.

After a few months of studying, Richard fully embraced the Jehovah’s Witnesses and wanted to share this truth with everyone but especially with his Catholic family. However, he knew and realised that there was no way that he could win them over with the argument of “You’re wrong and I’m right”, so he began to study Catholic apologetics with the full intention of proving them wrong, armed with the JW material.

Sure enough after several weeks of painstakingly research and study into the claims, defence and counterpoints of both the Catholic and Jehovah Witness’s, he soon came to the surprising conclusion, that lo and behold the Catholic Church was indeed what it claimed to be. The most convincing arguments for him being historical, the witness of the Church Fathers, reason and the fact that it was by the authority of the Catholic Church that the Bible was put together and not the Jehovah’s Witness, among many other facts.

Since, then Richard has lived and discerned vocation with the Brothers of the Blessed Sacrament in Dublin Ireland, written the Foreword to Jesus Christ and the Virgin Mary in Art: A visual prayer book & Art Anthology (2015) and as of present (2016) been involved in a 3 year program of evangelization and dialogue with the Russian Orthodox in Siberia Russia. In 2014, Richard started Catholic Today, a place where all Catholics could come to get all the news, Saints & Solemnities, Historical references and liturgical readings of that day in question.

For all articles posted by Richard 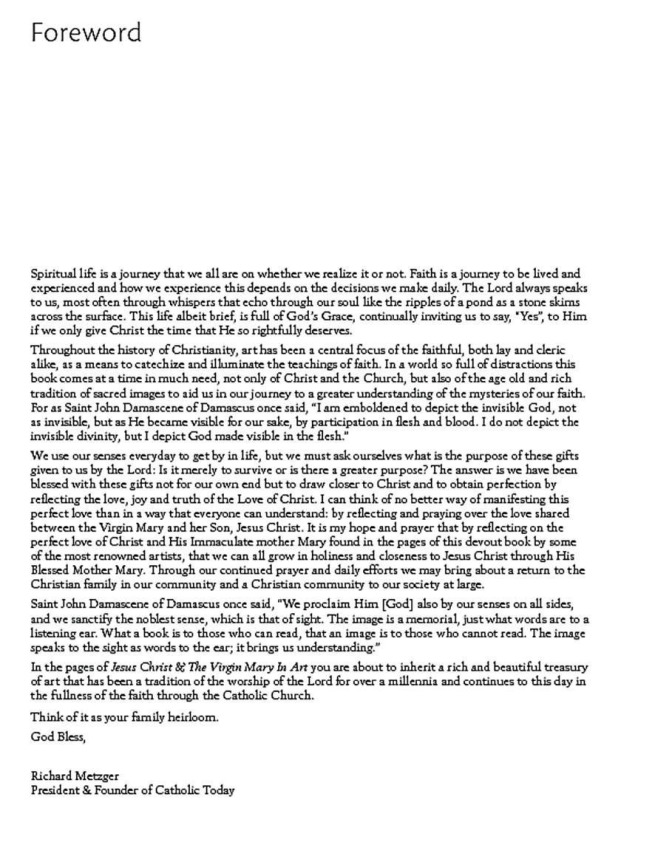